I want to share something very special with you, my friends. I want to tell you about a cracker. Yes, that’s right, a cracker.

But I have to tell you a bit of background story first. Five years ago, I was able to spend a month and a half at a children’s home in a former soviet country in Central Asia. Most of the children there are Russian speaking, so, since I speak Russian, we had an almost instant bond. For five long years, I have wanted to go back. Twice, one of the missionaries called me up and asked if I could come on short notice, but then they called back a couple days later and said issues had resolved themselves; we didn’t need to plan the trip. A couple of times, I have looked into going for summer camp, but it has never worked. This year was different. This year it looked like it might just happen…

$6000. That’s what the “direct” flight costs from my hometown. I put “direct” in quotes because there’s nothing direct about it (How many layovers was that again?). And then comes the indirect route, $4000—(Oh, and did we mention they’re rioting in the streets of the city where you’ll be changing planes?) Last is the, well, we’ll just call it what it is – the redneck route. Two, maybe three, separate itineraries that don’t quite meet up, all neatly pieced together with duct tape…Still nearly $4000, and it doesn’t quite work, even if you kick it.

That was the reality I faced Wednesday morning. My travel agent and I emailed back and forth several times until finally I had to say, “Well, we tried.” I knew nothing else could be done. We had checked every possible route and none of them were feasible. I hit the send button and stared at the computer. I picked up my phone and texted my sisters. I told my dad/pastor that the trip wasn’t going to happen. I messaged one of the missionaries (who is currently in the States), and then I found myself alone with reality slowly sinking over me. I wasn’t going. I wasn’t going to see the children, to find out how they have grown, to hear about what God has been teaching them or to share what He has been teaching me. I wasn’t going to be meeting the new children who have come since I was there last. I wouldn’t get to see the caregivers who made me feel so welcomed and for whom I have prayed so many times. How would I ever write that email…

I decided I needed to give it a bit of time. It was well past noon, so lunch would most definitely put me in better shape to take on the task. But as soon as I headed out to fix a sandwich, I realized I was in no state of mind to face people. My heart was broken, and no matter how hard I tried I wasn’t going to be able to hold back its weeping. I bowed to thank the Lord for my food, but I found that I couldn’t talk to Him without tears. I wiped my eyes with the napkin that had been under my sandwich and muttered something about needing a plate instead.

In a few minutes, the activity around me had quieted. I sat at the table with my tuna fish and my Cheez-its, struggling not to let the situation get the best of me, and failing miserably. Was it me? Had I done something wrong, or missed something that I should have done? This was the second time in two months that I’d had to cancel a trip. That’s close to 250 children I had just let down. I felt like such a failure. I wanted nothing more than to go hide in a park with my Bible, where I could figure things out, but it was about to rain. I also had emails to write, the kind I didn’t want to write. Like the showers that came later, tears were already splashing intermittently down my shirt and onto my plate. I kept wiping them away, hoping no one would notice.

I picked up a cracker and was about to eat it when something caught my eye. I looked again. The hole in the center of the cracker was misshapen – in the perfect shape of a heart. I knew it was a gift from my Lord. The tears won. 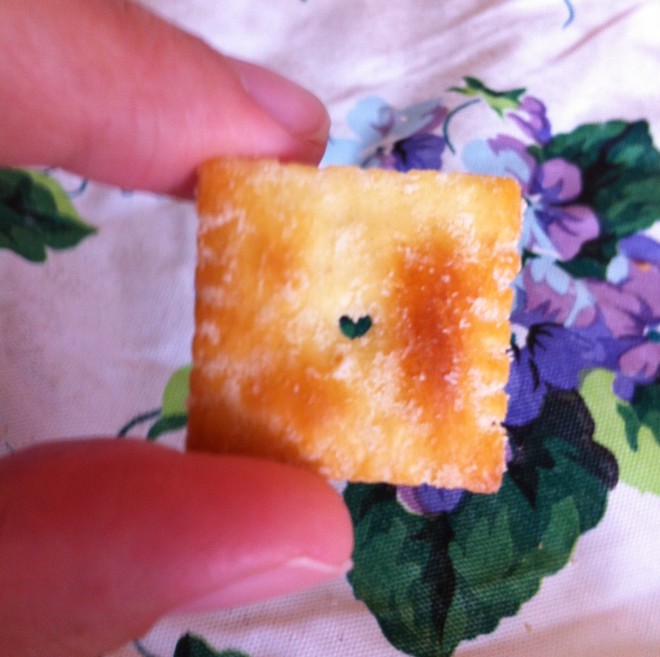 Don’t miss His love by staring into your failures, I almost did.

This is the first post on this site, but it is not the post I had intended to share first. That post was going to touch on the primary topic of the book I recently started writing: The purposes of the wilderness. But this illustrates it so much more beautifully. You see, one of the purposes of the wilderness is that we might come to know our God. And that little patch of wilderness, complete with its dry, ol’ cracker did just that – it reminded me of the depth of His love.

It brings Song of Solomon 3:6 to mind: “Who is that that cometh out of the wilderness like pillars of smoke, perfumed with myrrh and frankincense, with all powders of the merchant?”

If you’ve read my first book then you probably already have an idea of why Wednesday’s events would remind me of this passage. In The King’s Daughter we saw the beauty of myrrh, in Where The Myrrh Grows we’ll see the beauty of the harsh climate in which it flourishes. SOS 3:6 connects the two.

I’ve always had a strange mental picture associated with this passage. Way off in the distance, just beyond the heat waves rising from the desert floor, comes a chariot with clouds of dust billowing up behind it. The driver is the Knight in Shining Armor, the Prince Charming to beat all princes charming – It is the King. He comes valiantly, ready to declare His victory and retell of His triumphant exploits.

I’ve always seen Him as being on the return from some great conquest, but Wednesday I saw Him coming to the rescue. I had just wandered into the wilderness of deep disappointment, and He, with that beautiful fragrance that marks Him as my King, came to wrap His strong arms about me and to strengthen me…there is no stronger embrace. 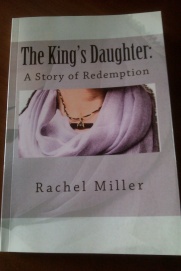 I am the author of three books, including The King’s Daughter: A Story of Redemption. You can check them all out here. I also run a Christian editing and writing service. Check it out and let me know how I can help you.