“Just breathe!” I told myself, still grappling with the straps on my helmet as the sled lurched toward the first drop in the track.

I’ve never been one to risk life and limb for a thrill. Never. But, this was a once in a lifetime opportunity, and for $6 who could pass up a chance to make a run on an Olympic bobsled track.

“What was I thinking!” I screamed inwardly as we rounded the first curve, and I felt my helmet, still not fastened properly, scrape against the ice. “Breathe! Just Breathe!”

With that breath, the fear melted away. The sled, a conglomeration of what appeared to be PVC pipe and gymnasium exercise pads, skated over the ice faster and faster. It handled each turn with jolting grace, gliding first to one side of the track then the other. Happy butterflies flitted about in my stomach. The cold, Latvian air rushed across my face, followed closely by kisses from the bright, winter sun. It was amazing!

Last week, a blog by author Josh Irby set me to thinking. The blog starts at the edge of a cliff. The Adriatic Sea spreads out in front of him, and he must make a choice. Will he take that one step, that leap into the sea one hundred feet below, or will he walk away from the edge? (Read Inaction: The Secret to a Disappointing Life here.)

I would never make that jump. As I read his story, I thought of a moment in my own life. Two friends and I stood on a platform about twenty feet above the crashing waves of the Black Sea. Every inch of my body trembled at the thought of jumping; even my insides were quivering. I’m a wimp when it comes to heights, and I know it. I would have trouble even walking close to that hundred-foot drop, let alone jumping off of it.

But, as I read the remainder of Josh’s blog, a conversation I once had with my Grandmother came to mind. My grandparents always worried about the time I spent in Russia. Grandpa once tried to talk me out of going. He told me I’d be eating dog meat and drinking reindeer milk. Someone had given him bad information. After I had already spent several years in Russia, my grandmother expressed her concerns.

“I wish you wouldn’t keep going back. It’s dangerous. I worry about you when you’re over there.”

I thought about that for a moment. Was it dangerous? I considered my cousins. One of them had recently taken me up an enormous, wooded hill in his jeep, thrown it into neutral, and scared me half to death as he allowed it to roll down the hill—backwards! Other cousins routinely went skydiving, and the whole family thought it was great. For me, going to Russia wasn’t risky or dangerous. It was life. But then, life is dangerous.

“How is what I do in Russia any more dangerous than my cousins jumping out of airplanes?” I finally asked. “Both involve getting onto planes, but I stay in mine until it lands.”

“I hadn’t thought of it that way.” She replied, laughing.

And, that’s what it all comes down to: Perspective.

What seems incredibly dangerous and frightening to one person may be right up another person’s alley. I may not be able to jump off a hundred-foot cliff, but challenge me to conquer a language and you’re on. I might not grab up the opportunity to go bungee jumping; but suggest a five-mile hike up a mountain, and I’ll be packing before the words are out of your mouth.

It’s easy to look at other people and think, “Wow, I could never do that. I’m such a loser.” We forget that God didn’t choose us all for the same task. God has given each of us abilities and gifts in different spheres. He’s given us different interests, strengths, and weaknesses, all of which he intends to use. Our weaknesses are His greatest opportunity to show His strength. And often, our strengths are His greatest opportunity to show us our true weakness.

But, even when we are following our own path and not trying to jump off of cliffs intended for others, we may occasionally run into a hundred-foot drop. That’s when we have to make the decision: Am I supposed to jump? Am I going to jump? Why?

When I stood on that platform at the Black Sea, I had to make up my mind. In the end, I did it. Why? Because of the line of people waiting behind me? Because I’m very competitive and didn’t want a particular friend to think I was a wimp (even though I am)? Those aren’t good reasons for taking the plunge.

There was, however, one other factor that pulled me over the edge: I wasn’t alone. To my right stood a friend whom I not only trusted but who had also been in the Coast Guard. I knew if something happened, they would be there with all that training and experience. I knew if I jumped, they would be jumping with me.

Jumping is easier when we’re not alone.

I still remember the fearful tightness in my stomach and the ache in my heart when, for the first time, at nineteen years old, I boarded a plane bound for Russia. I had never flown. I had never been away from all my family at once for more than a few days. I had never spoken Russian. Yet in that same moment, I had a peace that passed understanding and overwhelmed the fear and the ache. I was not alone. God had led me to this cliff, and He was jumping with me.

Eleven years later, however, as I prayed about another ministry opportunity, the experience was quite the opposite. Each time I prayed, I was overwhelmed by a strong sense that if I jumped over this cliff, I would be jumping alone and the bottom would be dry. 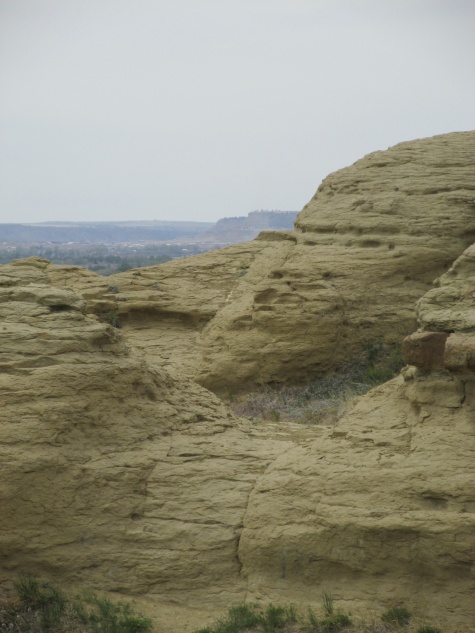 After two weeks of prayer, I wrote to the ministry and told them I didn’t believe the Lord was leading in that direction. That weekend everything became clear. An unforeseeable situation arose in the ministry I was already working with, and I knew I couldn’t leave. It was unforeseeable to me, but God knew and he kept me where I needed to be.

God led me away from that cliff. Sometimes, I wonder if He was protecting me from a danger none of us could see. Or, perhaps, He simply wanted to bless me with the thrill of jumping from the cliff a little further down the path. You see, He used it to acquaint me with missionaries whose ministry profoundly affected the eventual establishment of Forbid Them Not, my current sphere of ministry.

A friend of mine used to call me the “Queen of Predicaments,” and rightly so. It seems I have a way of blundering right into them: riots in the subway, riots in the street, nearly being run over by a train as I dangle from the end of the platform, jumping from a (slowly) moving train, blowing an engine 800 miles from home and 1,000 miles from where I was going in a place I’d never been, the list goes on. But one thing I know: When each of those predicaments came, I had been doing what I was supposed to be doing, and I wasn’t alone. God was there as He promised.

You may never jump a hundred feet into the Adriatic Sea, or even twenty feet into the Black Sea. You may never cross oceans or leap from moving trains. That’s okay. Some cliffs belong to others, and we were never meant to jump over them. But, when God puts a cliff in your path, and you know He put it there, don’t hesitate. He will go with you. And, even if a predicament waits at the bottom, He will sustain you.

The key is discerning between the two. Learn to ask the right questions as you stand at the edge of the cliffs along your path. Not “Will it hurt? What will others think of me?” but “Did God put this before me? Is it in line with His Word? Is He asking me to simply trust Him?”

Then, when you know the cliff is yours, don’t hesitate.

What cliffs has God put in front of you? I’d love to hear about them in the comments! 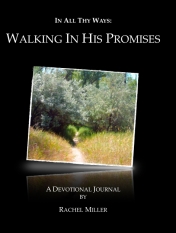 I am the author of three books, including the Walking in His Promise Devotional Journal. You can check them all out here. I also run a Christian editing and writing service. Check it out and let me know how I can help you.

2 thoughts on “Choosing Where To Jump”